To find new places to explore, I often just go to Google Maps and browse the area for green spaces. Sometimes this method works really well (it’s how I first discovered one of our favourite places, the Cole Harbour/Lawrencetown Coastal Heritage Park). Sometimes, not so much. The latter describes our experience with Admiral Cove Park.

I don’t want to make this blog too Dartmouth-centric (even though Dartmouth is the best) so I have been trying spread the love across different areas. Which means exploring areas I’m not familiar with, such as Bedford.

Last Saturday morning, we were feeling dogventurous, so I plugged “Admiral Cove Park” into the GPS. After a twenty-minute drive, we arrived at Shore Road in Bedford. We found the park sign without too much difficulty. 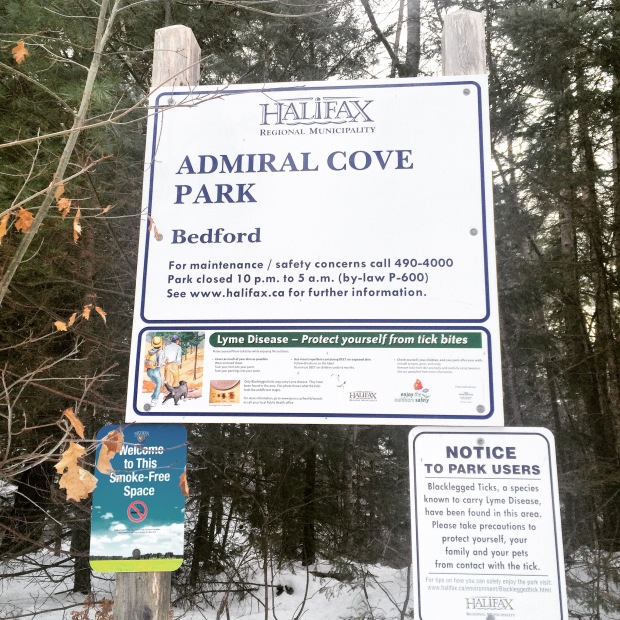 Geez, those are some serious tick warnings. Luckily, ticks aren’t a problem this time of year… right?

Ticks may not have been a problem, but finding the entrance to the park… or any trailhead whatsoever… was.  Luckily, a fresh blanket of snow had fallen a few days ago, and we were able to spot a trail of footprints leading into the park, about 20 metres from the sign. 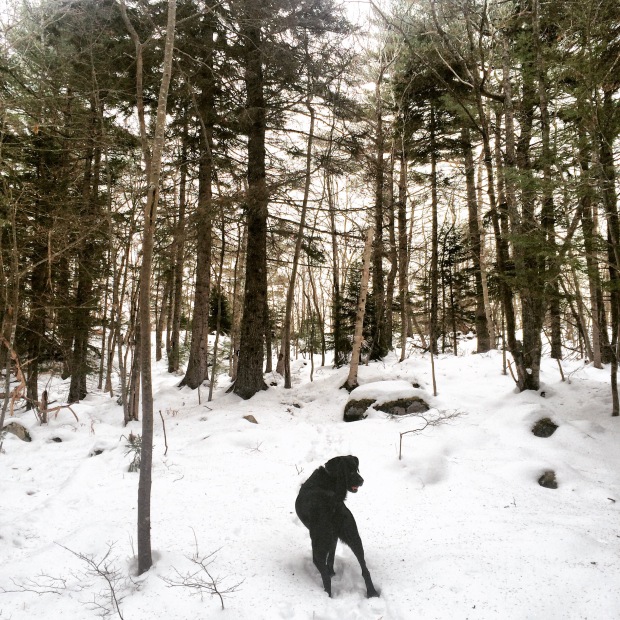 But things didn’t get any less confusing. We continued to follow the footprints… down a very steep incline, and then back up again. 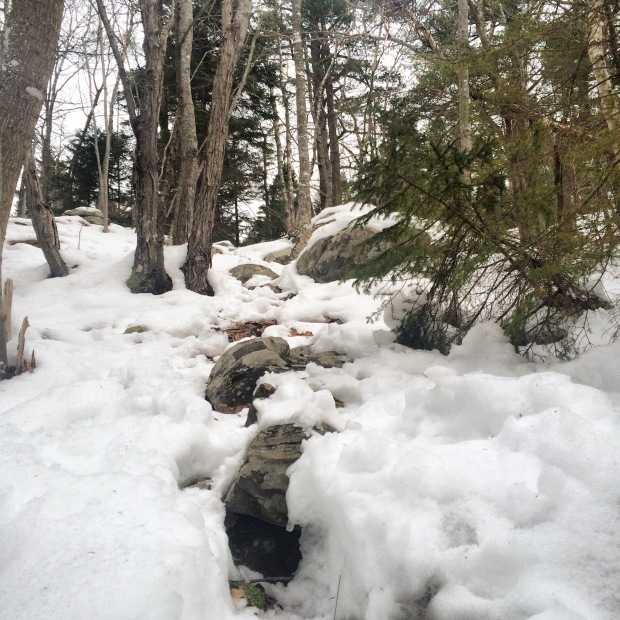 It was a great workout. But I started to suspect that we weren’t really following a trail after all, just the footprints of a previous park-goer, who was perhaps just as confused as us. When the footprints took us over (literally on top of) some small bushes, my suspicions were confirmed.

So… what is the deal with Admiral Cove Park? Has anyone been there in the summertime? Is it any easier to navigate when there isn’t snow? And if so, how do we feel about the tick epidemic?

On our way back (after half an hour of wandering in the woods – not a terrible way to spend a wintery morning!) we spotted a ton of deer tracks, which was neat. 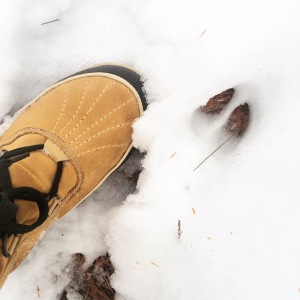 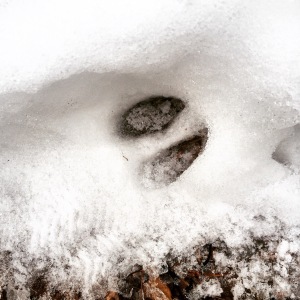 And then we stumbled across this crazy contraption: 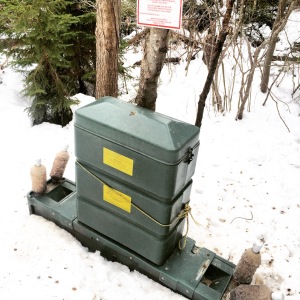 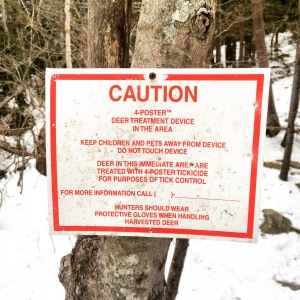 I guess this is something used to administer “tickicide” to the deer.  This has clearly been a huge problem.

Side note: I got curious about how this thing works, and here is the answer (from Halifax.ca):

Anyway, apart from this learning experience, this dogventure was kind of a bust. At least Dal had lots of fun frolicking in the woods! 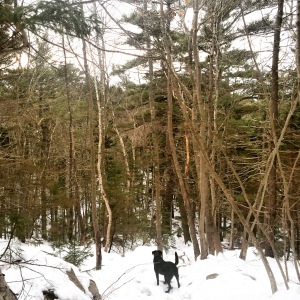 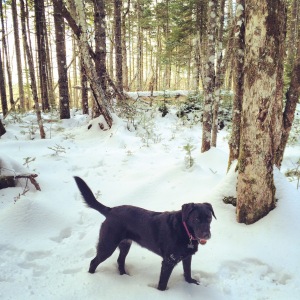 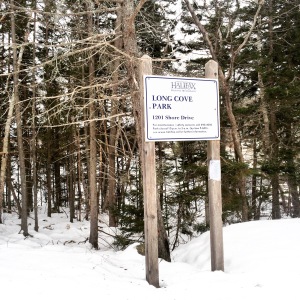 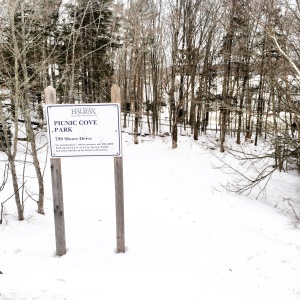 In conclusion, we give Admiral Cove Park, Picnic Cove Park and Long Cove Park a big “???”.