Graham’s Grove Park is one of those little nooks you can drive by a hundred times and hardly notice. It covers a small peninsula that juts out into Lake Banook, making for a lovely green space that is surrounded by water on three sides.

We decided to explore this gem a few weeks ago after the Remembrance Day ceremony at the Sullivan’s Pond Cenotaph. If you were there, I was the one in the back with the black lab going bonkers. Seriously guys, Dal is usually a treat to take anywhere. Why did she decide on that day of all days to act out?! I may now be more inclined to believe parents who insist their misbehaving child “never acts like this”.

So after the ceremony we walked up Prince Albert Road to Graham’s Grove Park to see what it had to offer.

Guess what? We discovered the best fetch spot in the City. Wide open grass area, fresh water on three sides, and not another person in sight. 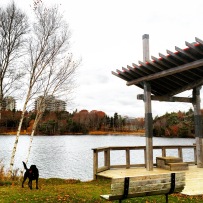 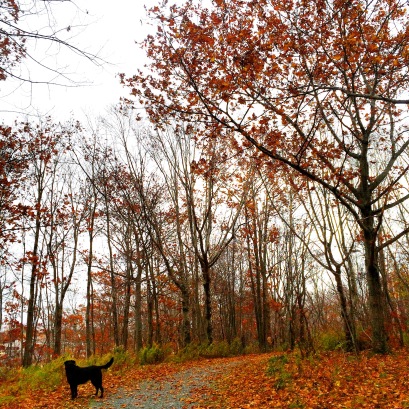 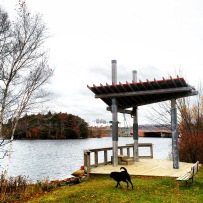 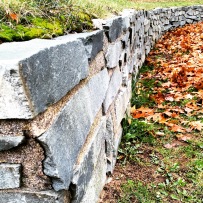 Only one problem. The area is heavily signed as on-leash only. Which got me thinking. What are the risks of choosing to disregard such signage in a deserted park on a November day, with a dog who has excellent recall?

I intend to do a more in-depth review of HRM’s animal by-law in the future, but for now, I mainly wanted to know about the rules on leashing.  Here is what I found out.

The current rules respecting leashing are as follows:

If you don’t comply with any of these rules, your dog will be deemed to be “running at large”, which is an offence.  The only exception is if you’re in an area specifically designated as off-leash.

Guys. Doesn’t this seem a little heavy-handed? Is this what the old by-law was like? Does anyone have a copy to share?

Turns out I am not the only one that thinks By-law A-700 goes way too far. Check out some great (and detailed) blog posts on the topic here and here.

What’s the takeaway? First, I need to start being a little more attentive to the signage… Not that it’s easy. Some rules were made to be broken.

Second, I want to find out how this happened, and what can be done about it. How did Halifax end up with such a Draconian and disproportionate animal by-law? How do we change this?